66,432 votes (61.3% of enrolled voters) have been posted and received by the returning officer at the close of the ballot at 6PM Friday October 26. The number of votes returned is lower than in 2008. The vote is cast and it is just a matter of time before we know if expectations meet reality. Scrutineers should know the overall out come by 1PM Saturday as envelopes are opened and counting beings. 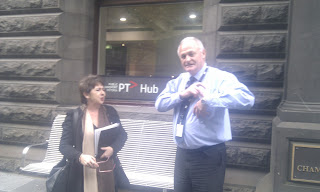 Sadly the VEC has opted to not hold an open and transparent count. Ballot papers will not be presorted into primary votes prior to data-entry and counting by computer (The VEC ignoring the provisions of Schedule 3 clause 11B of the :LGA). A move that many think has diminished the quality of the scrutiny of the election and generated allegations that the postal vote election is not transparent and is wide open to corruption, fraud and ballot stuffing.
The VEC informed candidates last night that ballot papers will not be subject to voter verification prior to being admitted into the count. Cr Ong (Singer/So team) indicated that if the election result is close and evidence of fraud comes to light then the election could be challenged and set aside. 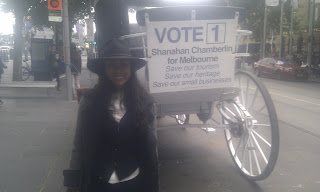 Campaign managers are expecting a high informal vote with most punters predicting a slump in preferences for Team Doyle (Estimated at 32-33%).

If predictions are correct than this could be a close race and Doyle's second term is not guaranteed. If it is a Doyle/Green contest Doyle will win. If it is a Singer Doyle contest Doyle has the advantage, if Shanahan and the Greens out poll Singer and Shanhan has more votes than the Greens after preferences than Shanahan is in a position to out poll Doyle. Shanahan needs around 15% primary to be a contender and he is expected to pickup the donkey vote which in 2008 elected Robert Doyle. The Greens are estimated at 16%-18% Singer 15%-16% (Singer needs 20-22% to be a serious contender) 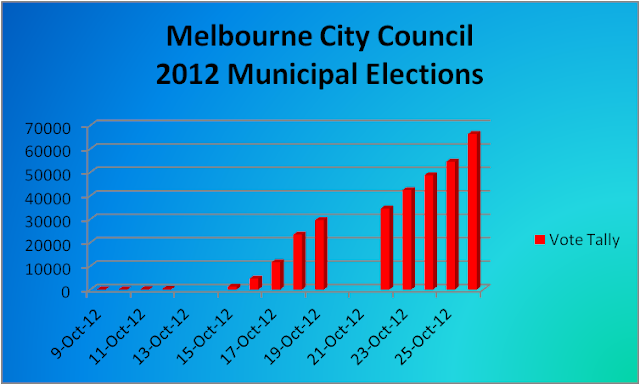