based on recent ACNielson and Morgan Polls

The election was marred by Chief Commissioner Mr Tully who refused to provide statistical information on the number of postal votes issued (a document that is not confidential and in the past this information was readily avialable - see posts above) bringing both the VEC and the election into disrepute. Victorians and the new Parliamnet need to ask do we really need two public electoral offices duplicating what is essentially the same services at considerable cost to the state and the public purse. Judging by Mr Tully's performance the answer is no.

A election day Newspoll published today in the Australian Newspaper (See also the Herald Sun report published today) shows a last minute rebound to the ALP with voters opting to stick with the devil you know then to risk the new born. Greens are also peg back from the levels reported by Morgan Poll to just over 9%. This would bring into play our earlier analysis of upper-house results with the Greens only securing 2 upper-house seats. Today's poll is the one that really counts and we expect to call the results of the upper-house sometime before 9PM.


Below is a revised analysis of the Victorian upper-house results based on the notional distribution of party statewide votes as reported in the Morgan and ACNielson Polls published Tuesday/Monday.

The polls shows a statewide average vote for the ALP on 40.5%, the Liberal Party on 36%, National Party on 4%, Greens on 12%, and Others a total 7.5%. This is notional statewide data and is not based on any breakdown or detailed analysis of polling undertaken in each region. Unfortunately detailed breakdown data was not available. Information from internal party polling indicates a localised shift in the vote which is not accurately reflected in this analysis which is based solely on public information available at the time.

The election in Northern and Southern Metropolitan will most likely be decided on primary above-the-line votes and may not go to preferences.

The Western Victoria region is difficult to predict and the fifth seat could go to the DLP, Liberal or National Parties. In theory the DLP could win the fifth seat having stated from a low 2.5% primary vote. The success of the DLP in Western Victoria depends very much on the support of other minor parties and the surplus of the main players (ALP, Liberal, NP and the Greens) If the DLP is unsuccessful the DLP vote will most likely flow onto the National Party. This is a seat that will depend very much on the below the line preferences.

We will be monitoring and collating data on the upper-house on election night and hope to provide a revised estimate based on the primary vote and above-the-line returns. 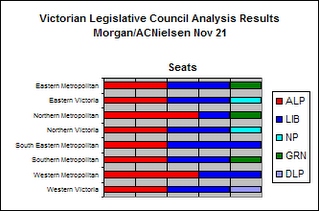 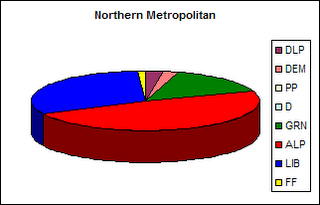 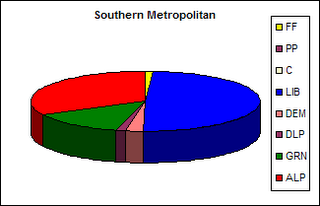 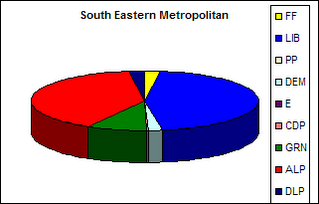 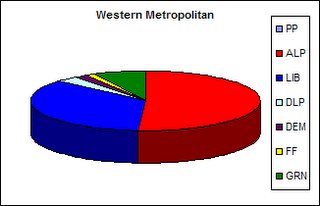 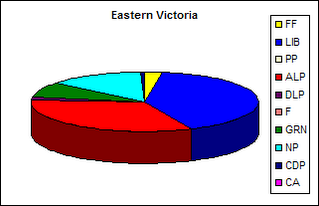 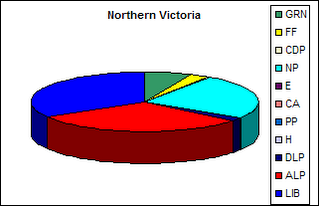 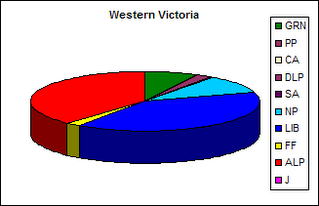 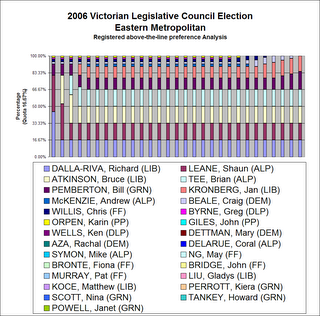 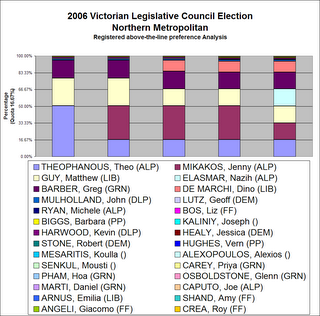 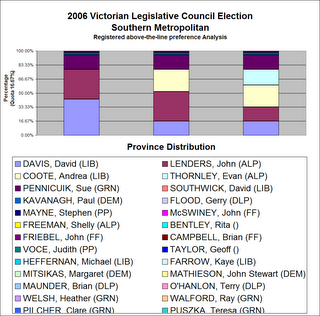 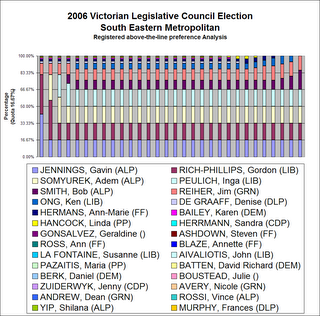 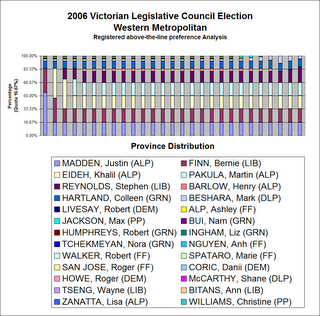 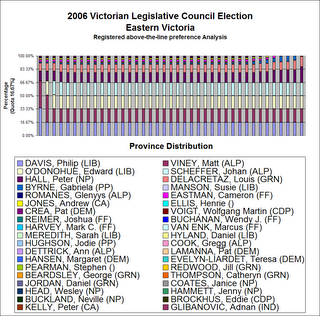 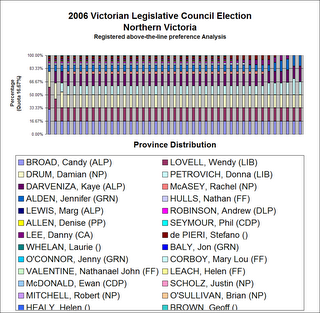 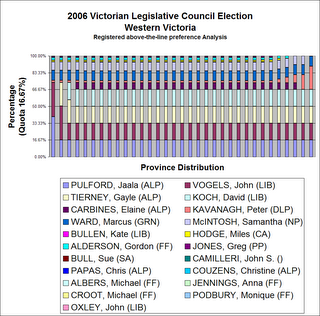 See the HS poll? FF to get 4%. This is over-optimistic, but 3% is expected value state wide in upper house.

I agree 4% is a big high. the latest newspoll shows Family first on around 2.5% to 3.0% which is in line with its senate vote and my expectation./ Family First after all is a religious christian sect and not generally supported by the main churches who rightly keep politics and religion separate.