The Wall: ABC 7:30 report confirms what most of melbourne are asking

The ABC 7:30 report today highlights much of what we have been asking: Who is responsible for overseeing public safety in Melbourne building sites? 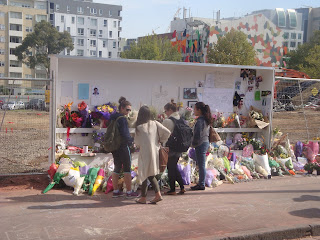 Three innocent victims walking down Melbourne's  premier street were killed in an accident that should not have happened. A masonry wall and building site hoarding that had no permit or permission for its construction,  collapsed in a 76 to 105km/Hr gust of wind.

The new hoarding was erected just over 12 months ago.

The wall should have withstood the applied wind loading. Problem was it was attached to a plywood hoarding that was three metres high, 300 mm taller then the maximum height  permitted by the City of Melbourne guidelines and local laws allowed. 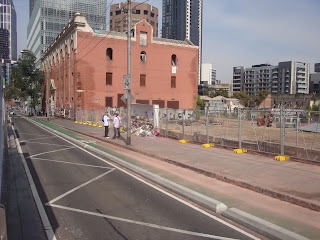 The City Council ultimately is responsible for overseeing public safety and they failed in their duty of care and fulfillment of its statutory duty.

The City Council in a carefully crafted statement earlier this week stated that it did not issue a permit for the hoarding.  It also failed to inspect the site.  Had it done so three innocent people may be alive today.

The Melbourne City Council, with a department full of Engineers, turned a blind eye and failed to fulfill its statutory duty.

Confidence in the administration of the City Council is at an all time low. 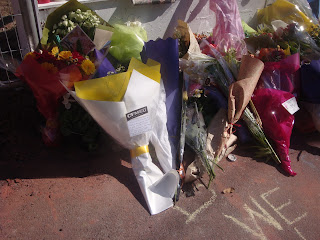 Melbourne City Councilor, Steven Mayne, Chairman of the Council Governance portfolio dismissed community concerns about public safety and the need for an independent review of the City Council's role and responsibility.