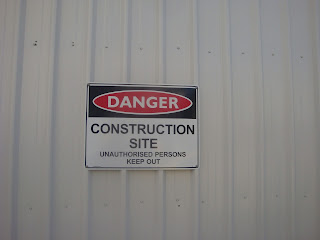 Melbourne's "Swanston Square" construction hoarding has been rebuilt on the site of the fatal wall collapse.  The new wall is over 3m tall, taller than the maximum height of 2.4m listed in the City of Melbourne Construction Management Guidelines. 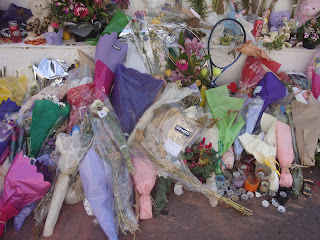 Yesterday, funerals were held for two of the victims of the March 28 Swanston Street wall collapse. The monument to those that died left standing,


The nearby pedestrian  sign, that is about to collapse in an unstable state left for over a week by the City of Melbourne. A reminder of the City's "commitment" to pedestrian road safety 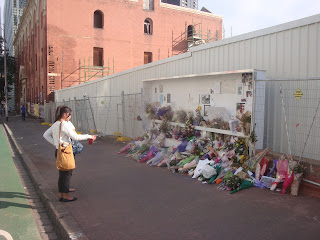 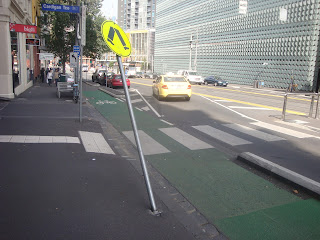