The published report, which is used to justify Council expenditure on Melbourne Road Network, has come under strong criticism with community Groups accusing the Council Engineers Department of excluding commuters concerns. 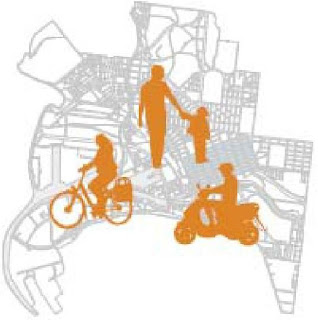 The consultation process has been a sham.  Motorcycle groups in particular have been ignored.  The Council claims it has consulted community groups such as the MRA (Motorcycle Riders Association). We called the President of the MRA and they said  they had not been consulted. The MRA no longer provided advocacy support and had they been contacted they would have referred them to the Victorian Motorcycle Council. (VMC)   the President of the VMC said they had not been consulted either. 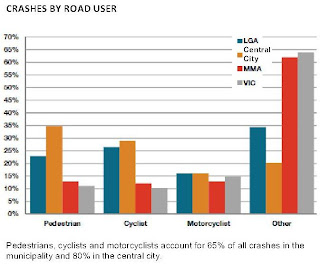 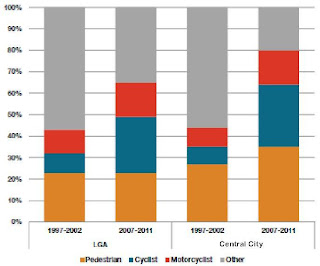 The City Council is planning to use this report to justify its budget and expenditure over the next five years.  Millions of dollars are being spent on locking down the City placing the interest of the Bicycle Lobby Group first.

The effect of the City Council's Traffic plan is to cause more congestion and cost burden on the City's Business sector. City traders are complaining that the cost of service deliveries and taxis in the city area are going up  as courier and service delivery companies try to recoup their costs associated with ever increasing traffic congestion and increased time in delivery engineered by the City of Melbourne. The more congestion the more the Engineers claim they need to throw more money at to solve the problems they and our urban designers have created or made worst.

Of course money and cost is no barrier to our city engineering department.  Instead of utilizing existing staff they have proposed to create a new managerial position to look into road safety.

They have no one looking after building site public safety issue or inspectors inspecting building hoardings in the City. Surely there this position can be filled without adding more staff?

Swanston Street has been spared detailed analysis in the Traffic Safety Plan as have Trams. Already the City Council has had to revise Swantson Street design plan in an effort in an effort to minimize accidents.

Other issues such as "Turn Left at any time with Care", lane filtering for motorcycles, shared use of underutilized bike lanes, The type of road marking paint used to eliminate slipping etc are all missing from the report, not considered or given low priority.

The use of Z class trams with a angled step in the front of the Tram is knows to wedge passengers feet between the tram and the new super stops. There is no mention of excluding these trans from the City Center.

There are cheaper and better alternatives than that proposed by the City of Melbourne Engineers.

The Council's priority is wrong and we are heading in the wrong direction. The statistics presented by the council are suspect. But what they have shown is that there has been an increase in risks to road safety since 2000.

The more the council locks down the city the more underutilized bike path and road closures the more accidents.

The Council must review and reject the "Greens agenda" and listen to all stakeholders and local business concerns.