So caucus limited - So divisive

John So and his team have been accused of smugness and exclusiveness. 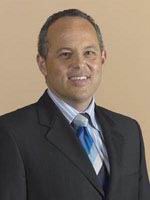 Sources in the Council Governance department have said there is growing dissatisfaction amongst the non-So councillors, who feel they are being shut out of the decision making process, with John So and his team voting in a block to exclude any outside input. "They are being divisive and if this keeps up we will not hold pre-council meetings instead preferring to raise issues in open council " one Councillor was reported as saying. 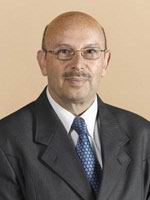 The main culprits and most of the criticism has been leveled at Crs. Singer and Jetter. Both who have no real idea as to why they are there.

Cr Singer was recently found guilty of professional misconduct and fined by the Law Institute for withholding funds. He was reported as having complained the first day in office at his low rate of pay ($45,000 per year) plus benefits - a free car with petrol paid for, free city parking, free meals, free secretarial support, free mobile phone, free fax, free internet, free holidays overseas and interstate and free theatre tickets for him and his boy friend, all benefit-tax free. What's he complaining about? He knew the deal when he took on the position. There are many more Councillors out there working harder and getting much less, so we don't think anyone will be championing his cause.

If they are going to continue to shut out the other Councillors then bring it on.

"free theatre tickets for him and his boy friend, all benefit-tax free ... He knew the deal when he took on the position."

I studied Architecture, worked in the entertainment, theatre and film industries for years.

A lot of my friends and colleges are gay, Jewish and from various ethnic backgrounds. (European, African and Asian)

I do not claim to understand or know about all the ins and outs of the gay community (and it is diverse) but anyone that knows me knows that I am not homophobic.

I am very tolerant and supportive of all minorities be they be based on religious, ethnic or sexuality. (With the exception of pedophilia, bestiality and other offensive practices).

Just because you think the choice of words are not political correct to your liking, please do not jump to false conclusions.

I do not want to remove posts but if the standard becomes outright offensive then I will have to remove such comments in the future.