Open and Transparent Governance in Melbourne is non-existent with the City Council going to extraordinary steps to avoid accountability and responsibility.

The City Council has now embarked on an act of censorship by refusing to publish reports and public submissions that are critical of the Council's administration and governance. 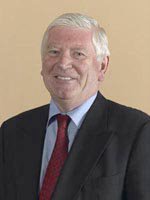 The City of Melbourne administration with the consent of Cr Brian Shanahan, Chairman of the Council's Finance and Corporate Performance Committee, failed to publish a submission presented to the Council concerning Council expenses and correspondence criticising the Council's recently published transport policy.

The Melbourne City Council has abandoned its duty and responsibility to maintain an open and transparent system of governance.

First there was the decision of Council moved by Greens Councillor Fraser Bindley to deny public access to documents outlining the cost of inbound missions (hosting of overseas visitors) by referring a report to be considered by the Council behind closed doors at a secret meeting, now the City of Melbourne goes one step further by imposing censorship on public submissions.

This unjustified act of censorship is outrageous and corrupt.

Council clearly do not want to be held accountable and are now prepared to go to the extraordinary efforts of censorship to avoid disclosure of their expenses and criticism of the Council's administration.

Council has a duty and obligation to consider these issues

The report and submission to Council made a number of recommendations including a request that information on the costs of the Lord Mayor and Deputy Lord Mayors Limousines be included in the Councillor's expense statements . Currently these costs are excluded from the Councillors expense statements which are false and misleading, the public have a right to know the full extent of costs and subsidies paid to Councillors.

The City Council and chairman have closed ranks and have demonstrated their continuing abuse of process and administration.

The submission was listed for discussion on the Council's agenda but the Council failed to publish the content of the submission or consider in detail the recommendations. (copy available here). The report was a follow up and response to information disclosed following the publication of the council's Travel Register outlining cost associated with Councils overseas and interstate Travel.

Normally all reports and submissions to be considered by the Council are published with the Council's agenda and made available to the public but on this occasion the Council refused to publish the associated documents or make them available at the public meeting held yesterday.

"A lack of openness, transparency, information and insufficient accountability creates the conditions in which corruption flourishes"

A letter requesting an explanation and the reasons for Council's failure to publish the documents listed on the agenda was forwarded to Cr Shanahan last Friday.

Council on Tuesday noted the report, which was not made available to the public, the council also failed to consider in detail the recommendations and issues raised. There are serious issues that continue to go unaddressed. Council administration, who were the subject of criticism in the report, falsely claimed that the report was defamatory.

Clearly the Council has something to hide and does not want the public to know
Posted by MelbCity at 06:17