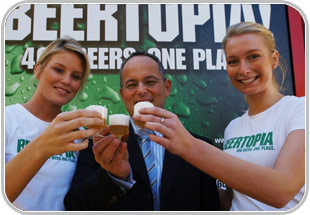 November 29, 2004:
Suggests Melbourne could be a gay capital on the day after his election

Calls for a pay rise of his $45,000 allowance the day he's officially sworn in

February 9:
Turns his nose up at Town Hall catering.

February 11:
Spends $19,000 to overhaul a Town Hall meeting room into a huge private office after he complained his open-plan office was not sound proof

August 5:
Revelations of his spending show he uses his $21,000-a-year ratepayer-funded Holden Statesmen for trips to Morwell, where he has a second residence and works at a law firm

April 8:
Embarks on a $13,300 public-funded trip to Milan where he attended a furniture show and rubbed shoulders with supermodel Megan Gale

November 1:
Ratepayer funded expense claims cost more than $22,000 in last quarter. Costs include $16,000 on overseas junkets and almost $2800 for interstate travel, $1000 for phone services, almost $2800 for fees for conferences and functions

November 22:
Singer faces the chorus following calls for his resigation arising financial mismanagement of his legal practice
Posted by MelbCity at 09:00