Singer called to vacate the stage or face the chorus 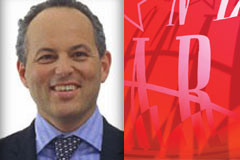 There is ongoing concern related to the corporate governance of the City Council.

Link to article on the Herald-Sun Online


Cr Singer is an officer of the court and also holds a position of importance and responsibility for the administration and finance of the City Council.

Failure to inform the City Council and the lord Mayor of the allegations against him as soon as he became aware of them is a breach of the standards and principles of good governance and undermines overall public confidence in the City Council.

As chairman of the Council's Finance, Corporate Services and Governance Committee he has failed to address ongoing community concerns related the level of Council's overseas and interstate travel expenditure.

He has remained silent and complacent in not ensuring that the City Council's Travel Register is publicly available and published on the Council's internet site.

The Travel register is a public document and was previously published on the Councils Internet site but was removed when the new Council took office.

There is no justification for the City Council to withhold this information from public view unless there is a deliberate attempt to avoid disclosure and accountability.

There are outstanding questions related to the liability of the City Council in respect to the payment of Fringe Benefits and GST tax on the benefits provided.

All of which Cr Singer is responsible for as Chairman of the Council's Finance Committee.

It is now incumbent on the Lord Mayor John So to request Cr Singer to resign as Chairman of the Council's Finance committee. Failing action by the Lord Mayor the it is the responsibility of elected Council to consider a vote of no confidence
Posted by MelbCity at 10:00