Melbourne City Lord Mayor, Robert Doyle, thumbed his nose at the community and has decided to push ahead with plans to remove traffic lanes on Princess Bridge to make way for bicycles.

The City Council has been criticised by the RACV, business and residents alike with Residents' South of the Yarra complaining there were not been consulted .  South of the Yarra will be blocked-out from accessing the city as Princes Bridge is the MAIN access point to the City. The number of cyclists using Princess Bridge is minimal and even less during during off-peak and the non summer periods.

Melbourne's bike paths have come under considerable community opposition.  It's bike madness.  The City of Melbourne is Engineering congestion.

The push for more bike paths in the City comes from City Engineers Geoff Robinson and Haig Poulson.

Last month the City Council had to defer it's Road Safety Plan following complaints by Melbourne's Motorcycle and Scooter riders that they were not consulted in the development of the Traffic management plan.

And it was not just Motorcyclist they were not consulted the City Engineer department also failed to consult Melbourne's Emergency services, Ambulance or Fire Brigade.  Questions are being asked what impact the lane closure will have on Ambulances accessing the City from the Alfred Hospital?

The proposed lane reduction on Princes has been opposed by the RACV, Motorcycle/Scooter riders, businesses and City residents who have called on the State Government to step in and assume management of the City's road infrastructure policy development and put a halt on the sheer madness that has engulf our city leaders.

The City Council is flushed with cash and the engineering department is keen to spend up big and issue contracts for expenditure that is not required. 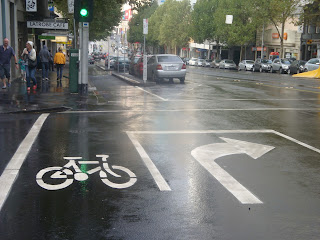 The Queensberry Street and LaTrobe Street bike paths are not working and the intersection of Latrobe Street and Queen Street is an accident waiting to happen.


The City of Melbourne has proposed spending additional $300,000 in next years budget on a bike path in Neil Street Carlton. 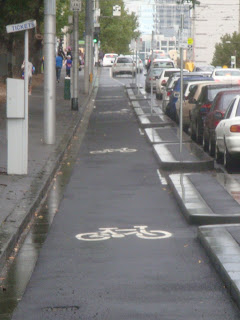 We contacted a number of Councillors today and asked them if they had been down Neil Street? They said they had not.  Had they done so they would see that there is no Bicycle traffic or significant car movements in Neil Street that warrants the construction of a $300,000 bike path.  Most bikes use Canning Street not Neil Street.

Robert Doyle is pandering to the wishes of a few at the expense of the majority and in the process demonstrating why he would not have been a good State leader.

The Princes Bridge "Trial" and lane reduction is another chink in the Armour and is having a negative impact on City businesses .  City Commuters and business will pay the cost for the Council's engineered congestion,
Posted by MelbCity at 18:07